During the fourth installment of our BUG webinar series, our main focus was iOS and WWDC20. 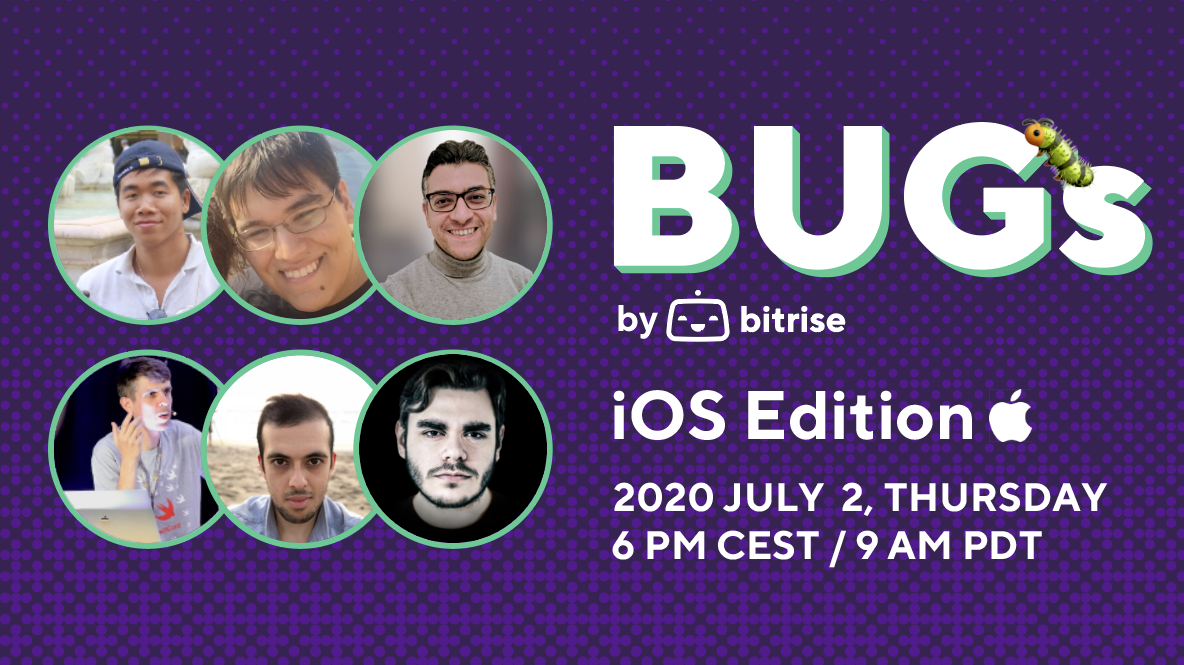 Bitrise User Groups (or BUGs) are live meetups where Bitrise users and community members share knowledge, best practices, and ideas with each other. During the fourth installment of our BUG webinar series, our main focus was iOS and WWDC20. Let's take a look at what we discussed during the event.

XCUITest, TestRail, and Bitrise — Putting It All Together

As the first presenter, Moataz Nabil kicked off the event by talking about how his team uses Bitrise to connect XCUITest and TestRail to measure and evaluate the performance of their test automation. Tune in to his talk to learn what you need to do to set up the integration locally (2:05) and in Bitrise (15:32).

Privacy on iOS — What you should know and do!

Next up, StuffMC, aka Manuel Carrasco Molina talked about the ins-and-outs of data security and privacy on iOS, including the recent changes introduced on WWDC20. During his presentation, he talked about a wide range of topics such as photos & cameras, location, contacts, and a lot more.

The last talk was a panel discussion about WWDC20 with Alexander Botkin, Khoa Pham, and Shams Ahmed, facilitated by Akos Hantos. They talked about the biggest surprises, best takeaways, and the most exciting new features announced on the event — tune in from 58:28 to listen to the full discussion.

If you have any questions for the presenters, we created a dedicated channel for the BUG on our community Slack. Join us there!

See you at our next BUG on 6 August — reserve your seat here.