In our new whitepaper, we discuss code freezes in mobile shopping, their impact, and how to make them obsolete. 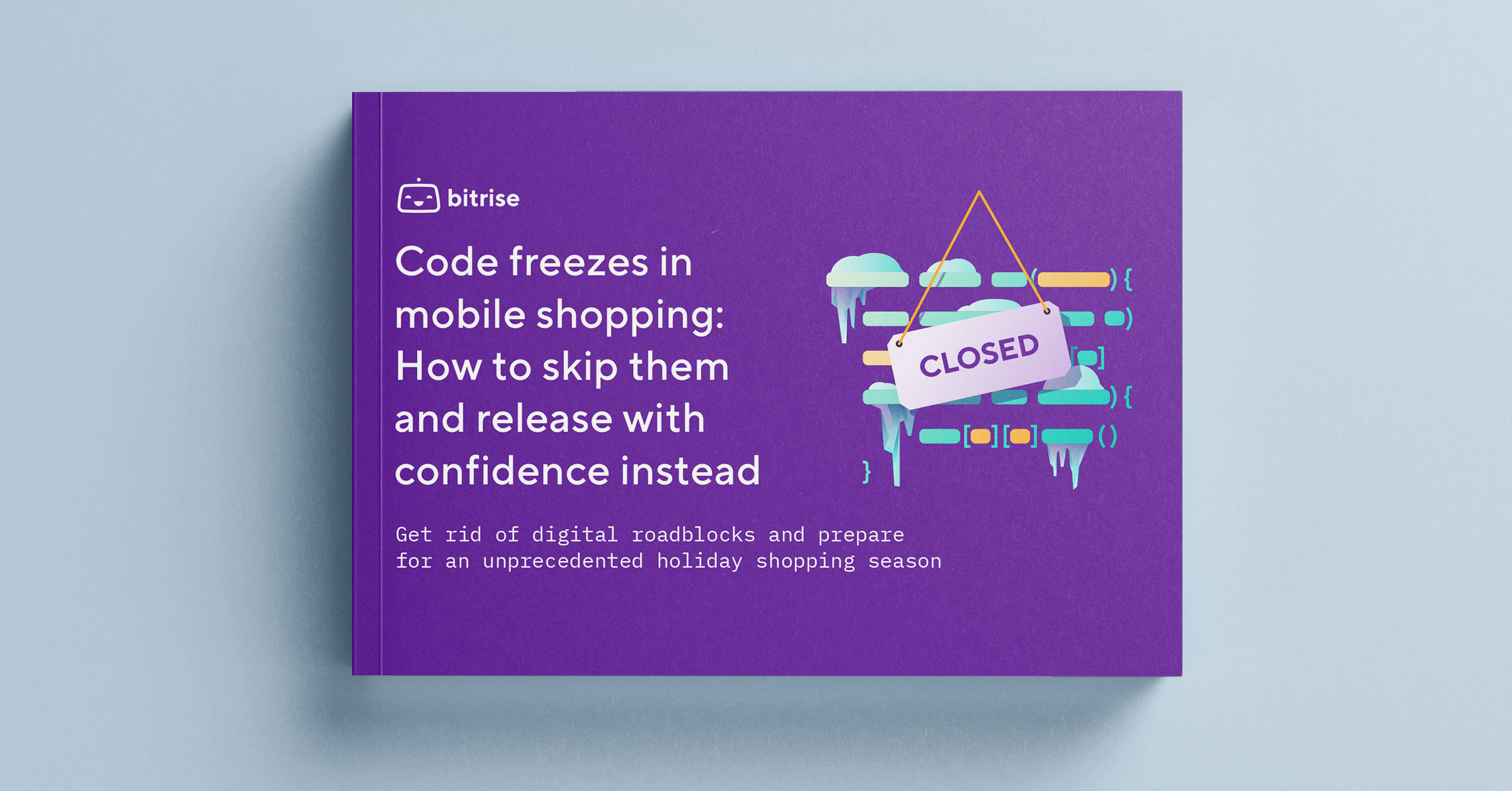 As we’re preparing for unprecedented holiday shopping traffic this year, creating a flawless mobile experience is a number one priority. In our new whitepaper, we discuss code freezes in mobile shopping, their impact, and how to skip them.

Download our whitepaper, Code freezes in mobile shopping — How to skip them and release with confidence instead, for expert opinions and the latest insights into the mobile shopping industry. 🔥

Even though it’s a heavily scrutinized practice, many companies still implement a code freeze shortly before the season begins, to avoid downtime, unexpected bugs, crashes, or faulty releases during times of increased network traffic. Mobile teams are becoming increasingly aware that code freezes have many shortcomings, such as additional pressure on developers, poorly-tested, rushed releases, and a higher risk of unexpected incidents in the next iteration. Moreover, in a lot of cases, code freezing means that teams are missing out on the opportunity of releasing new functionalities that would generate more revenue. To address these issues, high-performing, agile teams are finding new ways to tackle the increased traffic during the shopping season, without having to stop releases for several weeks.

Featuring tips and tricks from mobile engineers from popular shopping apps, App Store and Google Play store data, and Bitrise user research, our whitepaper shows you how to get rid of digital roadblocks and release with confidence. It expands on how the right environment, facilitated by the right tools, engineering practices, and organizational structure can make code freezes less necessary, and eventually, obsolete. As a result, your team will be able to continuously deliver consistent quality, even under the highest pressure.

Some of the key findings: