This year we decided to recap the happenings and cover the most important and interesting announcements of WWDC 2021. Let’s get started! 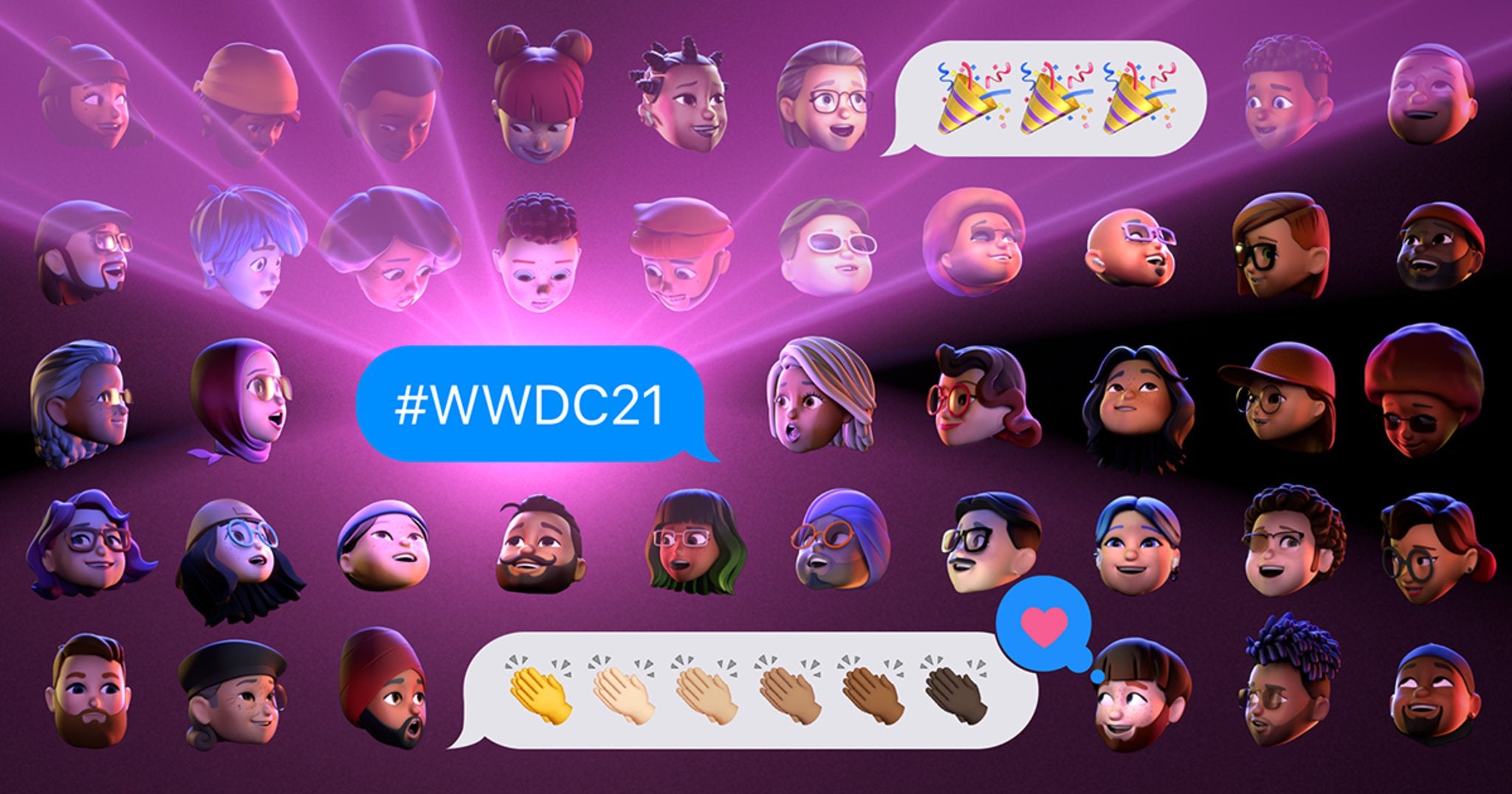 Just like last year, WWDC 2021 was held virtually due to the pandemic. As the biggest Apple Developer event of the year, WWDC definitely keeps the entire community abuzz for months with exciting announcements around new technologies, updates, and improvements for all Apple products.

This year we decided to recap the happenings and cover the most important and interesting announcements of WWDC after our “The road to WWDC 2021” video series. Let’s get started!

Tim Cook, Apple’s CEO started the event with the keynote on a stage full of Memoji faces: Memojis became the key characters for promoting the conference.

He talked about the importance of sharing their latest technologies with millions of Apple developers around the world and supporting the developer community this way. He mentioned that the event will include +200 in-depth sessions, one-to-one labs with Apple engineers and so on.

Craig Federighi, the SVP of Software Engineering took over and started talking about the new iOS 15 and the other announcements. This is where things started to get exciting! 😍

Apple announced iOS 15 with lots of new features and improvements: you can connect with family and friends while watching and listening together in SharePlay with Facetime, and the SharePlay API can be used by developers to integrate their apps with it. Also, FaceTime will have a portrait mode and voice isolation with ML.

Focus is the new way that manages notifications with different features, such as:

Apple Maps in iOS 15 will also have new features, such as new transit features, new walking instructions, and new road details for the drivers. As an awesome addition, the Apple Wallet will be able to store your driver’s license! 🚘

iOS 15 uses secure on-device intelligence to help you discover more: the new live text feature that allows users to select, translate, and search for text found within any image.

More information can be found on the iOS 15 Preview page and you can find the full list of new features here.

One of the most important topics was privacy: iOS 15 will have features like Mail Privacy Protection by hiding your IP address and your location. They announced the new iCloud+ including Private Relay, Home kit secure video, add Legacy Contact, and Account Recovery.

The next topic was iPadOS. Apple announced the new version, iPadOS 15 including interesting features: the Widgets like Apple TV, Photos, and Games will be on the home screen, and the App Library can be accessed from every screen or page. They announced a feature called MultiTasking to work with multiple apps at the same time. In Notes, now you can use mentions and tags with tags browser so searching in your notes became a lot easier. Quick Notes was also introduced.

Translate on iPadOS 15 became available with auto-translation, and it supports multiple different languages. With Swift Playground, now you can build your apps on iPadOS 15 and submit them to the app store with access to most of the UI elements.

SharePlay also will be in iPadOS 15 with all the features that we mentioned in iOS 15. For more information, check the iPadOS 15 preview page or the full feature list page.

The third topic was about macOS, and Apple introduced macOS Monterey arriving this fall, including new features like the features in iOS and iPadOS: FaceTime new features, photo collections, messages, new features in Safari and the Universal Control features to work with a single keyboard and mouse/trackpad seamlessly between your Mac and iPad and other features such as AirPlay to Mac and Shortcuts on Mac. More information can be found on the macOS Monterey Preview page, the list of all the new features is available here.

watchOS 8 is improved with a bunch of new stuff: the Portrait mode in photos now on your watch face, New Memories, and you can share photos with the new watchOS via Messages and Mail. Also, watchOS is integrated with Wallet, Home Key, Car Key, and new health and fitness features such as Mindfulness, Breathe, Rates during sleep, and Walking Steadiness. If you’d like a hands-on session, I attended one about build a workout app for Apple Watch. More information can be found on the watchOS Preview page.

This was the most interesting part for me: the developer tools and technologies. Apple announced Xcode 13 beta and you can download it from this link. It has new APIs that help the developers to integrate with SharePlay, Focus, and Voice Isolation. They announced the Object Capture using AR (Augmented Reality) built on Swift to create virtual objects in minutes.

Also, Apple announced Swift 5.5 with many new features including:

They also announced the Swift Mentorship Program a new contributor program for the Swift community and part of the Diversity in Swift initiative. 🚀

There’s a huge enhancement in the AWS Lambda runtime: it became 33% faster and has 40% faster invocation time with APIGateway Lambda, using Async/await model instead of closures.

They introduced DocC, a documentation compiler integrated into Xcode 13 to help teach developers how to use Swift framework or package. It will be open-source later this year.

SwiftUI is also updated with the following:

TestFlight on Mac was also announced: with the help of it, you can manage builds, testers, collect feedback and deploy your macOS app.

They introduced the beta version of Xcode Cloud, a new continuous integration and delivery service built into Xcode 13 to build, test, and deliver your apps via Xcode. Our notifications have obviously exploded, so we wrote an article to answer your questions: find our first impressions about Xcode Cloud here.

TIP: You’ll need a Mac running the latest beta version of Xcode 13: on Bitrise, Xcode 13 beta is already available on Bitrise. As always, switching to the right stack is easy, but you can find more info here if needed.

For testing, they announced a new feature in Xcode 13: the Test repetitions can help us to debug the most unreliable codes and retry on failure testing modes within test plans. XCTest has a new feature to provide better context with XCTExpectFailure. Xcode 13 also includes enhancements in the code review and pull requests for the development team.

If you’d like to learn how you can easily implement in-app purchases and subscriptions, watch the Meet StoreKit 2 session!

During the event, Apple also introduced the amazing Apple Design Award for apps and games.

Multiple organizations and iOS devs hosted events for the community throughout and after the week of WWDC. Bitrise participated in one of them: the #iOSDevHappyHour with an awesome giveaway.

We also created a dedicated category for WWDC on our Discuss Forum to share insights, questions, feature requests related to the new features introduced during the week of the event.

I think iOS developers can’t complain about this year’s event: it was full of surprises, things that we haven’t expected and great announcements that will make our app development processes a lot better. You can watch a short video recap of each day at Apple’s YouTube channel:

Join our recap webinar on June 17

As WWDC21 is over, there are so many things left to have a chit-chat about: I suggest to save a seat to our live discussion to recap this year’s WWDC together! Paul Hudson, Ellen Shapiro, Vincent Pradeilles, Anastasiia Voitova, and Donny Wals are joining us in the panel, and our team couldn’t be more excited to have so many iOS experts on board. I’m sure it will be a great discussion!

Thank you for reading, stay safe, and happy learning!