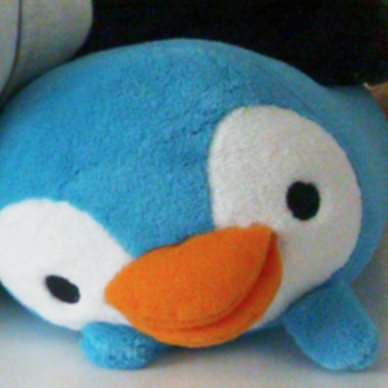 Bringing creators together with pixiv

In 2007, pixiv started out as an attempt to create an online community for creators in Japan. Takahiro Kamitani, the original creator of pixiv, quickly had to realize that the demand for such a community was much bigger than he had expected — after only two weeks, the site had a user base of 10,000 people, and it just kept on growing. As of today, pixiv has more than 50 million users per month, and their products are accessible worldwide, in multiple languages.

The company’s principle is simple: they want to create an inclusive, enjoyable space creators can use for their creative work. By developing products that support each and every kind of subculture and form of visual art, pixiv hopes to create a community that spans the entire globe, and ultimately brings people closer to each other.

The company has 170 employees in total, out of which a whopping 100 are developers, supporting both iOS and Android, as well as the site’s main, web-based version. It is also no coincidence that they have such a passion for what they do — many of the company’s employees are creators themselves, responsible for the very pixels that make pixiv what it is.

The expansion of the company created the opportunity for a great number of new products over the years to blossom, such as shop creation services like BOOTH, payment platforms like pixiv PAY, and manga reading applications like Palcy — but it also came with its challenges. The company reached a stage where each of their applications received simultaneous implementations on both iOS and Android, while the actual development was done based on product groups. This meant that implementations were getting increasingly similar to each other, but without any platform support in place for the developers. In addition to an inherent lack of communication, this situation caused developer cycles to slow down drastically, while also making cross-team cooperation produce less utilizable data.

As a result, pixiv decided that it would take the first step towards a more optimized workflow and cross-platform support by employing a continuous integration solution. Their original choice, Jenkins, proved to be less than ideal: in addition to its hard-to-customize nature, it forced pixiv to have to deal with local devices, VPN connections for even the smallest result checks, and manual maintenance problems, such as having to install new versions of Xcode by hand every time a new update came out. pixiv felt it was time to move on — and it was Bitrise’s time to shine.

"I heard that it was the most user-friendly CI system for app development users." — Kazumasa Kawazure

After a good first impression at 2017 iOSDC in Japan, pixiv had the feeling that Bitrise would prove to be different than their previous CI experiments. The moment they started using the service, their assumptions proved to be true: the easily understandable user interface, the high level of customizability, the seamless automation, and the endless deployment possibilities were all the perfect fit for a company like theirs.

By January 2018, the service’s integration into pixiv’s workflow was complete, and ever since then, each and every app and tool — regardless of platform or product group — has been created using Bitrise. On top of this, pixiv even created its own integration for the service, Comment On GitHub Pull Request, which helps developers leave comments on GitHub requests for future use, such as recalling past versions of their apps easily through QR codes.

"...we decided to build all of our apps with Bitrise. It just makes it easier to build everything." — Rei You

"Bitrise enables us to continually write codes without any disturbance." — Kazumasa Kawazure

More than 300 builds per week in over 21 apps — that’s how much pixiv has achieved with Bitrise in little under a year.

Since they started using the platform, pixiv’s app development has seen an enormous boost in speed thanks to the improved workflows, fluid automation, and efficient testing methods. Gone are the days of bothersome manual installation procedures and clunky interfaces, and gone are all the problems between separate versions of the many apps they develop.

With Bitrise at their backs, the developers at pixiv can finally rest easy, and spend more time pursuing their dream of bringing more creators together — and at the end of the day, isn’t that what it should be all about?

Interested in joining pixiv and creating an amazing place for creators to thrive in? Take a look at their newest App Developer opening, or browse their other available positions!

Want to experience just how quick and easy it is to get started with continuous integration and delivery on Bitrise? Sign up to Bitrise for free today!